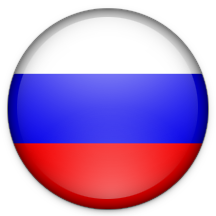 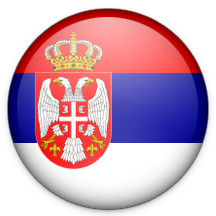 A charity match named "Bitka za Bebe" (Battle for Babies) was played on 27 September 2011 at the stadium of F.C. Crvena Zvezda.

A friendly match between young squads of Zenit from St. Petersburg and F.C. Crvena Zvezda was played on 23 March 2011.

1958. The quarterfinal of the European Champions Cup against the famous Manchester United. The first match in England ended 2:1, while the rematch in Belgrade ended 3:3.

In 1991, in Verona, we won Città Di Verona tournament. At this tournament we were more successful than Parma and Verona as hosts.

In 1962 we played the semifinal of the Inter-Cities Fairs Cup, in a match with Barcelona. We lost 1:0.

In 1963 we played the quarterfinal of the Inter-Cities Fairs Cup against Roma, although we won the first match 2:0, the rematch in Italy was won by Roma 3:0.

1971. The semifinal of the European Champions Cup was played in Belgrade against Panathinaikos. The match ended with our victory 4:1, whereas we lost the rematch 3:0.

We played the quarterfinal of the European Champions Cup against Atlético from Madrid. In Belgrade we were defeated 2:0 whereas the match in Madrid ended with a 0:0 draw.

1991. The victory against Olympique from Marseille is written in gold letters in our history. The finals of the European Champions Cup were played in Bari, Italy at Saint Nicholas Stadium. After 120 minutes, the score was tied, and with a better performance of the penalties of 5:3, we became the CHAMPIONS OF EUROPE.

1991. After a few months we played the finals of the UEFA Super Cup against Manchester United. The match ended with Manchester’s victory 1:0, while the rematch was never played because of political situation in Yugoslavia.

In December 1991 we played the finals of the Club World Cup. Our rivals in Tokyo were South American champions, i.e. Colo-Colo from Chile. Our champions convincingly won 3:0. We became CLUB CHAMPIONS OF THE WORLD.

The 1982 tournament was played in Gijón. At this tournament, our club defeated Barcelona and Sporting from Gijón.

U Nu trophy in 1955. The president of the State of Burma personally brought the trophy as a gift. On that day, the 16th derby at JNA stadium was also played. With 4:1 we won our eternal rivals.

The tournament in La Coruña was played in 1971. In the finals we defeated the hosts, i.e. Deportivo from La Coruña.

In 1971, in the tournament in Badajoz we defeated Real from Madrid and Sporting from Lisbon.

The tournament in Adelaide in Australia was played in 1977.

The tournament in Malaga was played 1973. At this tournament the following teams participated: Malaga as hosts, Espanyol and Boca Juniors. Our team defeated the hosts in the finals and won an impressive trophy.

In 1958 we won the Danube Cup, the competition for this trophy was remarkable. Even 16 teams fought to win this trophy. Zvezda defeated them all and successfully won the trophy.

In 1962, in Chile, Santiago de Chile tournament was played. In the matches with Botafogo, Colo-Colo, Ferencváros, our team was the most successful and won that tournament.

In 1973, in Valencia, we won the Naranja trophy. At this tournament, we were more successful than Standard from Liege and Valencia as hosts.

Belgrade tournament was won in 1980. At this tournament, played in Belgrade, we won our eternal rivals, as well as the Brazilian Vasco De Gama in the finals.

Belgrade tournament was won in 1981. At this tournament we were more successful than Partizan in the semifinal i.e. Honvéd from Budapest in the finals.

In September 1971, we played a night match against Benfica in Belgrade.

In 2000, at the UEFA Cup, we played against Leicester City. The first match in England ended with a 1:1 draw, whereas in Vienna we achieved a 3:1 victory.

1986. We played the quarterfinal of the Cup Winners’ Cup against Atlético from Madrid. In Madrid, Atlético won 2:0, whereas the match in Belgrade ended 1:1.

1987. The quarterfinal of the European Champions Cup was played against Real from Madrid. The first match in Belgrade ended with the victory of our team 4:2, while the rematch in Madrid ended with Real’s victory 2:0, who advanced to the semifinals.

In 1957, we started our competition in the European Champions Cup with the match against Stade Dudelange from Luxembourg. Our team successfully started the competition with a convincing victory 5:0.

1991. year we played the semi-finals of the European Champions Cup against Bayern Munich. In the first match, the result was 2:1 for Crvena Zvezda, while the draw in Belgrade ended with a tied result of 2:2.

The first team after the sanctions were imposed on Crvena Zvezda was Swiss Xamax. The first game was played in Belgrade, our team was defeated with a score of 0:1. The second match ended with a tied score of 0:0.

In 1981 Crvena Zvezda played the European Champions Cup. In the eighth finals of this competition we beat Hibernians in Malta 2:1. The match in Belgrade was won by Crvena Zvezda with the result of 8:1.

2010 In Chicago, we played the Tournament, where we were more successful than the French team, Paris Saint-Germain. We won the match by the better performance of the penalties 7:6, because the regular course of the match result was a draw 1:1.

In 1962. we defeated the Brazilian Santos whose player was famous Pele.

1979. Our first finals were played in the UEFA Cup in 1979. Our rivals in the finals were Borussia from Mönchengladbach. The first match in Belgrade ended 1: 1, while a non-existent penalty was awarded in the rematch that was realized to their victory.